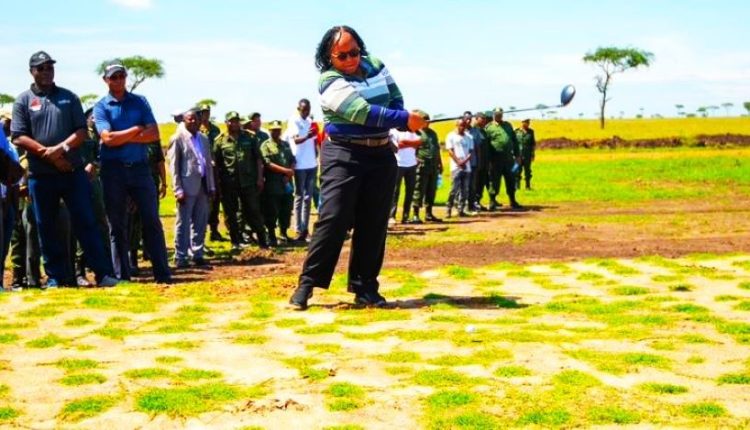 The world’s first golf course to operate within a National Park is being introduced in East Africa.

Tourists who love wildlife but also have soft spot for sports will now get special treat in the Serengeti, the National Park which is famous for its mass migration of large mammals, precisely wildebeests and Zebras.

The Tanzania National Parks, the state-owned entity which manages the Serengeti, announces the world first 16-hole golf course, in the country’s most popular tourists’ destination.

The Chairperson of Tanzania National Parks’ Board of Trustees, Retired General George Waitara revealed the ambitious plans during the occasion to lay the foundation stone for the proposed Serengeti National Park’s Golf Course.

The golf course is being constructed at the cost of 7.5 Billion in the further end of the National Park, an area known as Fort Ikoma in Serengeti District of Mara Region, North-West of Tanzania.

The proposed Golf Course according to the Retired General George Waitara is among the new tourism products being introduced in Tanzania as the country plans to attract more than 5 million tourists by the year 2025.

It is being estimated that an average of 1.5 million tourists visit the Tanzanian destinations every year.

On his part, the Tanzania National Parks’ Commissioner of Conservation, William Mwakilema says that the golf course project is an important addition to the tourism packages that TANAPA is working to introduce.

The Gold Course Project, is undertaken by TANAPA Investments Limited a new subsidiary firm which from now henceforth will be in-charge of all projects involving the country’s National Parks.

The Serengeti Golf Course Project is projected to cost around 7.5 Billion/-.

But once it goes into operation, the recreation facility is anticipated to attract 3000 international golfers annually, raising an average of 2 billion/- per annum.

Serengeti, which is Tanzania’s third largest National Park after Nyerere and Ruaha, attracts nearly 400,000 visitors in a year.

Most of the tourists however prefer game driving in the vast plains, filled with all wildlife species.

The highlights of their visits are the wildebeests’ migrations, especially the part where the ungulates cross River Mara and the Gnus’ calving seasons.

Established in 1959, Serengeti is the oldest National Park in Tanzania. The country has 22 National Parks, all managed by TANAPA.