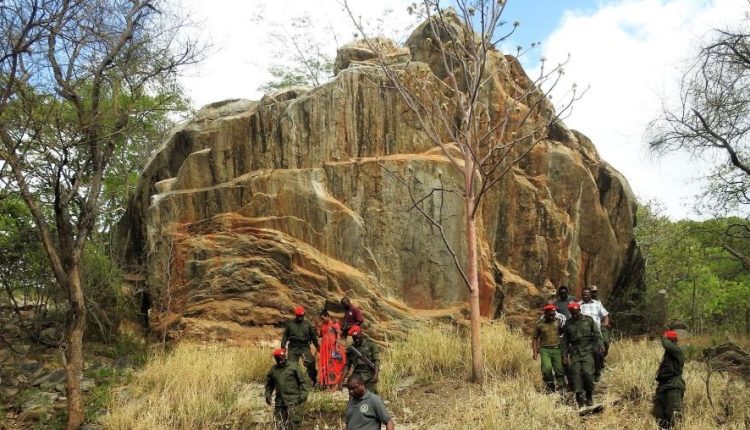 Italian Tourists have just discovered the magic of Swaga Swaga, the new Game Reserve which now offers treat for residents of Dodoma

When it comes to tourism activities in Tanzania, all roads usually lead north, however this time the game is slowly but surely changing; the Central Zone is emerging with aplomb.

The Swaga Swaga Game Reserve for instance is the new destination in the precinct currently attracting a considerable number of visitors both local and foreign tourists, with Italians seem to enjoy the destination most.

The Game Reserve is perched between the Chemba and Kondoa Districts of Dodoma, whose location is easily accessible from Dodoma City as well as Babati Municipality of Manyara, while at the same time being also reachable from Arusha

Salvatory Ndaskoi is the tourism officer at Swaga Swaga who reveals that the government has been investing a lot to ensure that the game reserve has good infrastructure and commendable services.

“Swaga Swaga Game Reserve may be new at the moment, having stayed dormant for many years pending the upgrading activities, but is already getting a considerable number of visitors, even though it is yet to be fully promoted in tourism circles,” Ndaskoy maintained.

Apparently, Swaga Swaga is among the beneficiaries of the Post Covid-19 stimulus funds that President Samia Suluhu Hassan injected into public institutions and corporations to cushion them from effects of the global pandemic.

The Game Reserve received 1 Billion/- from the Presidential Funds and the money was invested in renovating facilities, repairing infrastructure and applying other necessary game reserve uplifting.

Swaga Swaga intends to reap heavily from the rapidly expanding Dodoma Urban Precinct which now serves as the capital city of Tanzania.

There are also a number of mushrooming skyscrapers to house misnistries that are compelled to move base from Dar-es-salaam.

New colour designated residential zones, criss-crossing highway networks due to the fact that Dodoma is also a transport hub connecting practically all parts of Tanzania, all these make Swaga Swaga the nearest tourism site of choice for the city residents.

“Here we have Lions, Elephants, Duikers, Warthogs, Antelopes and the time concealed stone age trails of the Sandawe community.

The rock paintings drawn using reddish dyes, feature buffalo heads, giraffe necks, domesticated and what looks like domesticated animals, including cattle and goats, which shows that the natives used to co-exist with wildlife.

Measuring 871 square kilometres, Swaga-Swaga Game Reserve is strategically located 120 kilometres from Babati, the Headquarters of Manyara Region, 130 from the Dodoma Capital and 240 kilometres from Arusha, which is essentially the hub of the country’s tourism industry.

Swaga-Swaga is mapped within Chemba and Kondoa Districts of Dodoma Region with parts of it falling into Singida. It is the choice destination for residents of Dodoma who would like to unwind with wildlife gazing at weekends or during holidays, according to the management.

The Game Reserve features rocks, forest and bushy landscapes that are home to some of the largest snakes, elephants, buffaloes, gazelles, lions, leopards, greater and lesser kudus as well as impalas.

Other than game viewing and photographic tourism, the Swaga Swaga Game Reserve also features Tourism Hunting, Bird Watching and is home to some of the largest oak trees, baobab trees and historical Irangi and Sandawe cave and rock paintings.

Swaga Swaga derives its name from the two Swahili words ‘Songa Songa,’ meaning ‘Push Ahead,’ that were hatched during the colonial era.

The Arabs created the route from the interior part of Tanganyika heading to Tanga through Singida region, which passed through the area where Swaga Swaga is at the moment.

As the slaves carrying elephant tusks showed signs of fatigue after long trekking the Arabs merchant would beat them up, shouting  ‘Songa Songa’ ordering them to move on, and the words yielded the term ‘Swaga Swaga,’

There is even a forest called ‘Songa,’ named by the native of Mtiryangwi village in Kondoa district.

Where Tiger Meets the Woods: East Africa’s First Golf Course Planned in the…