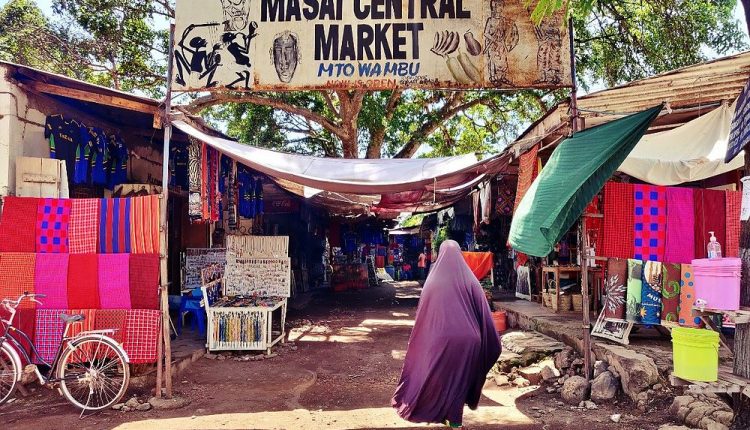 You have just arrived or maybe passing through Mto-wa-Mbu.

The name for ‘Red banana’ varieties is only used at a place called Mto-wa-Mbu.

From Arusha, on the way to Serengeti, Ngorongoro or Musoma, by road, one passes through a busy hamlet called ‘Mto-wa-Mbu,’ a name directly translating to ‘Mosquito River,’ and sure enough, the buzzing malaria causing insects are plenty in the area.

A humble tarmac road nowadays separates the human population from wildlife found in the Lake Manyara National Park, but prior to invasion of human activities, the entire landscape, including residential sections, used to be dotted with wild animals.

Banana plantations, the mainstay agricultural produce in ‘Mto-wa-Mbu,’ dot the scenery, covering the entire lowland landscape, the plantains are supplemented with occasional paddy farms that flourish on water tapped from the ‘mosquito river,’ for their irrigation.

The road between settlements and the National Park serves as clear line separating people from beasts.

‘Mbu’ is a Swahili term for Mosquito. Therefore, the so-called Mto-wa-Mbu river, from which the area inherited the its name used to be notorious breeding place for mosquitoes, making it a hot spot for Malaria infections as well as attracting teams of researchers interested in the disease.

The river has flowing water, which normally, could have made it difficult for mosquitoes to breed, but for the Mto-wa-Mbu case, it was (and still is) overgrown with plants which provides safe hideouts for the insects’ larvae.

Bananas grown in Mto-wa-Mbu is actually an exotic plant, said to have been introduced there by immigrants from the slopes of Kilimanjaro. When they moved into the area and realized that the waterlogged soil could be productive for the plantains from their homeland.

It is to normal see ladies flocking around cars driving through Mto-wa-Mbu, attempting (usually with success), to peddle mostly ripe bananas, red skinned sweet potatoes and rice, to motorists and passengers.

Initially the native crop in the area used to be maize, but at the moment the residents are rather surprised that the crop no longer does well in the area. Alien produce seem to have stifled native yields.

Tanzania has over 120 ethnic groups and it is believed that all of them are fully represented in Mto-wa-Mbu. The area is a Potpourri of all tribes found in both the country as well as entire East Africa.

“We have people from as far as Kenya, Uganda and Burundi and sometimes beyond,” recalled Mzee Ally Nyeresa an 86-year-old resident who has lived there since childhood.

“Original dwellers of this area used to be the nomadic pastoral Maasai,” added Chiku Khamis Jumbe, an old woman aged over 90, who was also born in Mto-wa-Mbu.

Chiku recalled that, later the Sukuma people from Lake Victoria Zone arrived in the bayou, becoming the second ethnic group to settle at Mto-wa-Mbu, a place they found suitable for farming.

The native Maasai, not wanting to mix with ‘aliens,’ receded to Selela, Engaruka and other far off places, leaving the newcomer Sukuma to occupy in the area, tilling land and grazing cattle.

But the Sukuma heralded the marshland for just a while, because soon the Chagga people from Kilimanjaro moved into Mto-wa-Mbu. They then started buying land from Sukuma and eventually got pushed out of the area, only to return later as laborers for the same people who threw them out.

It was through the arrival of the Chaggas, who are aggressive traders, that, other tribes started migrating into the area, something which was difficult before, because earliest dwellers, were hostile to foreigners.

The first person from Kilimanjaro was one Khamis Jumbe, who arrived in Mto-wa-Mbu in 1919. The alien from Moshi was later made a local leader in the area and he is the one credited to have also invited more foreigners.