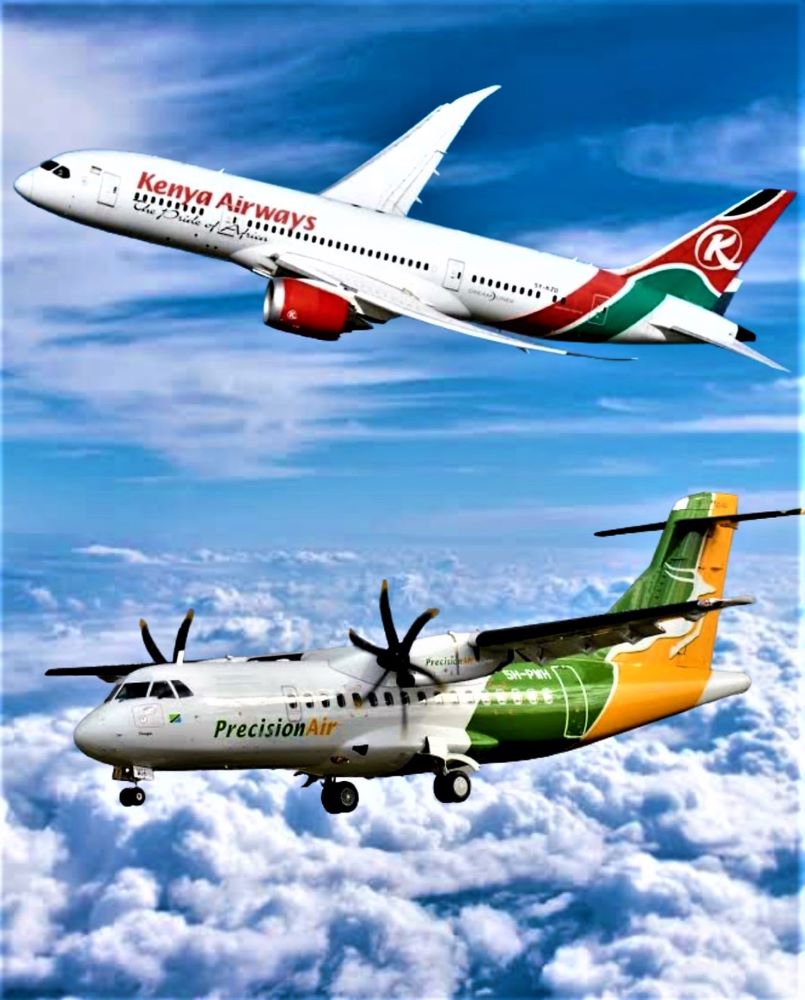 The airline shares are owned by Tanzanians, some foreigners as well as the Kenya Airways (KQ).

Apparently, the troubled Kenya National Carrier still owns a considerable stake in the Precision Air, the Dar-es-salaam based Tanzanian airline.

Tanzanian investors retain 58 percent of the airline shares while the remaining 1 percent is owned by other nationals.

The following year, 2004, Precision Air attempted its longest voyage, flying from Dar-es-salaam to Johannesburg on a hired Boeing 737 aircraft, but the route was short-lived.

The airline however continued to serve East African destinations.

In fact, since its establishment in 1993 Precision Air has been transforming its image from a small player in Tanzania’s aviation industry into a professionally run modern regional airline which transcends borders.

As of now, the airline also works closely with a number of companies and has code-share agreements with over ten reputable airlines worldwide.

From Arusha with Love

The airline was founded in Arusha, initially being headquartered at the New Safari Hotel Building, along Boma Road.

The airline shifted its base from Arusha to Dar-es-salaam in 2010.

Precision Air (PW) was also the first airline in the country to list on Dar es Salaam Stock Exchange in December 2011.

A total of 7,056 investors took part in the Initial Public Offering in November 2011.

The airline raised 12 billion/- from the floated shares most of which were taken up by Tanzanian nationals both retail investors and corporate entities as intended by the company.

The 7,056 new shareholders own a stake of 16 percent in the company.

This now means 58 percent of the company is owned by Tanzanians, 41 percent Kenya Airways and 1 percent by other nationals.

Starting out as a Private Charter Air Transport, Precision Air was established in 1993 in Arusha.

The company was then operating a five-seater piper Aztec aircraft.

Essentially it catered mostly to leisure travelers providing connections to tourists flying between Arusha and the Serengeti National Park, Ngorongoro Conservation Area and the Zanzibar Islands.

From the mid 1990s the airline started flying the slightly bigger and more comfortable ATR fleet.