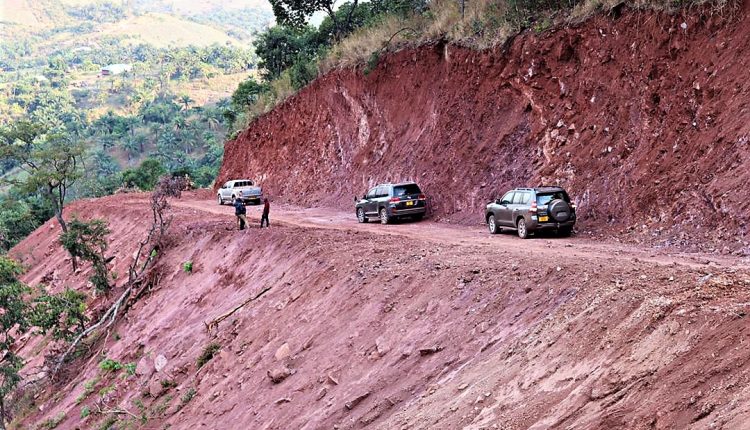 The Gombe Stream National Park, which for years was only being accessed by sailing the waters of Lake Tanganyika, is now getting an alternative surface connection through a new road.

Mapped within 56 square kilometers of protected lush forest, Gombe, is one of the smallest National Parks in Tanzania and the one of the two that can only be reached by boats.

The other water locked Park is Mahale, located along the same Lake Tanganyika shores within the western peninsular.

Now, latest Reports from Kigoma reveal that, the Tanzanian Government is in the process of carving out a new road project from Mwandiga to Mwamgongo, via Chankere, in Kigoma.

Measuring 65 kilometers, the surface track is set to open up Gombe to the rest of the mainland, making it possible for the National Park to be accessed from inland.

Gombe started out as a game reserve in 1943. The destination status was later upgraded in 1968, to become the National Park it is today.

Despite its long track record, Gombe remains an untamed paradise featuring lush forests and gushing streams of cold water, contrasted with clear blue lake at the foot of its misty hills.

This type of eco-system stretches to as far as the neighboring Democratic Republic of Congo.

Primate sighting, Bird watching, Hiking and swimming are among the popular activities being undertaken by tourists visiting Gombe on mostly expeditions.

The green-hilly Chimpanzee haven is located around 16 kilometers, West of Kigoma Town, on the lengthy shores of Africa’s deepest Lake; the Tanganyika.

Gombe is usually described synonymously with Jane Goodall, the world famous, self-made primatologist who for over two decades used the Park as her primate research portal.

Located on the Western Peninsular Gombe Stream Park is among the popular tourism destinations along Lake Tanganyika in Tanzania, but for years its strictly marine connection, has been repelling aquaphobia visitors.

Jane Goodall, then aged 26 years, arrived in Tanzania for the first time in 1960. She later set up a research station in Gombe to study the behavior of the primates’ close linkage to humans.

Now for the first time in history, Gombe will get linked directly inland, via this new surface road.

The move opens up more possibilities for travelers to access and sample this pristine National Park for both tourism and research. But in case one feels a bit superstitious, then there is a high-rise waterfall in the hills, believed to bring good omen.